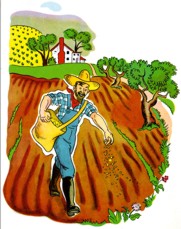 Recently I preached at our church about how God has an uncanny ability to put His people in just the right place at just the right time. Among the many scriptural examples of this are Paul’s nephew in Acts 23, the Christ-followers in Nero’s household (Philippians 4:22), and the wife of Herod’s household manager who helped provide money for Jesus’ visible earthly ministry (Luke 8:3).

As I researched for the message, I came across numerous testimonies from today also. There was the truck driver who sat for nearly three hours waiting for his truck to be unloaded. He doesn’t get paid by the hour; he gets paid by the mile. So sitting and waiting is frustrating. But he finally realized why he was there when he ended up sharing his faith with another driver, who was also waiting, and leading him to the Lord.

Another testimony was from a lady whose coworker called her late one night. The coworker had been in an accident. Although they weren’t close friends, she didn’t know who else to turn to. The woman went to the hospital and prayed with her coworker.

Allow me a moment to make this practical. You might be in a job situation where you’re mocked or made fun of because of your faith. I experienced that years ago. But when those people go through tough times, guess who they turn to?

If you see your job, your occupation, your career, as just a money-making opportunity, you’re thinking about it all wrong. God has you there for reasons that go far beyond a few earthly dollars.

This entry was posted in Scriptural Perspective and tagged Acts 23, Luke 8:3, Philippians 4:22. Bookmark the permalink.

1 Response to What’s Your Job?