The Lord Is Good 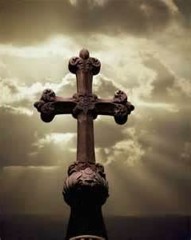 As I look at God in the Scriptures, I am challenged by Who He is. In so many ways He is the total opposite of me. I am impatient, unkind, spiteful, selfish. The Lord is none of those. In fact, He’s the antithesis of those qualities.

According to Luke’s gospel account, God is “kind to the ungrateful and the evil” (Luke 6:35). A similar passage in Mark’s rendition declares that the Lord “makes his sun rise on the evil and on the good, and sends rain on the just and on the unjust” (Matthew 5:45).

People who don’t really know God sometimes have badly mistaken notions about Him. They see Him—if He exists at all—as vengeful and mean.

But the God Who came to earth in human form—the One Who willingly took our sins upon Himself to bring us back into relationship with Him—is not mean. Don’t misunderstand. He will not allow sin to go unpunished. Yet even in that His mercy shines forth. He has already prepared a remedy for sin: Christ’s atoning sacrifice.

The cross stands as a constant reminder that, above all, God is kind and caring and merciful and loving. Although He is just, He leans toward the side of mercy and grace again and again and again.

The Bible repeatedly declares, “The Lord is good.” Yes He is! Very good!

This entry was posted in Scriptural Perspective and tagged Luke 6:35, Matthew 5:45, The Lord is good. Bookmark the permalink.